Roma without their own Bible

In 2008 I was in Virginia, USA where after a presentation of mine a stranger came and asked me wether I am Roma to which I answered positively. Two further questions followed and they were the questions which gave me a different direction for my life and they were: Do the Roma have the Word of God in their own language, a Bible through which God could speak to them. After my not very convincing answer that I am not much aware of the matter, the final very important part followed. If Roma in my country don’t have the Bible in their own language and I was in the States to further my education then how come I am not working on the translation of the Bible in Roma language.

This is how everything started: with a person I hardly knew, wasn’t introduced to and never met again. This left a sparkle which lit a fire in my heart, a fire which I would like to see burning in the hearts of the people as well as the light from it spreading light over the darkness of the lack of knowledge of my people, the Roma.

Can a project like this turn out crucial to all Roma around the world? Maybe not but why not?! Who are the Romani, which is their language, why they don’t have a unified alphabet? Where do they live and what their life, jobs, faith and relationships are like? Of course we couldn’t answer all the questions thoroughly neither is this the purpose of the current task but this is how every research starts.

Romani Diaspora cannot be statistically clearly registered because of a number of reasons of a different nature in relation to the geopolitical structure, social position and educational status and not leaving behind the negative attitudes of the mainstream society to the minority, in the case Romani. Wherever they are all over the world Roma are united not that much by the place of living but by the rich souls and the specifics of relationships as well as a number of other local characteristics.

Although better known as "gypsies" this people group speaks a language known as Romani, which is based on ancient Sanskrit, and is still related to other languages of our original homeland of northern India (Phenjab Pradesh).

The correct and less offensive term for this ethno-linguistic group is Romany. The Romany began migrating north and west from around the 10th century. This dark Caucasoid people continued its repeated migrations, reaching Persia by the 11th century; southeast Europe by the 15th century; and North America, South America and Australia by the 20th century. Although they are spread throughout the world and belong to a variety of tribes, the gypsies still cling to our Romany language and culture even though the dialects are much then we aspects. Many maintain our heritage by our outstanding characteristics of steadfastness, creativity, self-consciousness and love for freedom it may safely be said. There is a strong sense of group solidarity and exclusiveness, keeping the Gypsy traditions sacred and have compassion on.

The nomadic or semi-nomadic culture of the Romanies is slowly giving way to more permanent residences. In the past, the Romanies migrated along patterned routes which usually ignored national boundaries, using familial contacts and links.

Even those who have settled continue to live on the fringes of society, still considered outcasts. Many pursue what are considered traditional occupations for gypsies, working as musicians, acrobats, fair and circus artists, horse riders and traders, fortune-tellers, peddlers and craftsmen.High unemployment, illiteracy and death rates are common among the Romany, who are often the poorest of the poor.

Nearly 10 Million in Europe, and even more all over the world – about 40 Million. – The Roma people (Gypsy). Whatever you call us, we would be people who haven’t been reached for Christ yet. We would be noticed only when we do bad and negative things, and things of course, we are ashamed of – thefts, occultism, etc. There have never been any people, or a whole nation, that the Bible has been introduced to and this people hadn’t changed. Haven’t you noticed that there is no poor evangelical country?

The Roma recognize divisions among themselves based in part on territorial, cultural and dialectal differences. Some authorities recognize five main groups :

The absence of a written history has meant that the origin and early history of the Roma people was long an enigma. As early as 200 years ago, cultural scholars hypothesised an Indian origin of the Roma based on linguistic evidence . Genetic information confirms this.

Until the mid to late eighteenth century, theories of the origin of the Roma were mostly speculative. Then in 1782, Johann Christian Christoph Rüdiger published his research that pointed out the relationship between the Romani language and Hindustani. Subsequent work supported the hypothesis that Romani shared a common origin with the Indo-Aryan languages of Northern India , with Romani grouping most closely with Sinhalese in a recent study.
The majority of historians accepted this as evidence of an Indian origin for the Roma, but some maintained that the Roma acquired the language through contact with Indian merchants .

It is not a secret that we have very low level of education, we are almost illiterate, we are heading the top of the percentage of unemployment (about 90%). (EDUCATION)

Healthcare – here the list can be really long. In brief, it is true that the Roma people are at the bottom of the society.

In this hopeless situation what would help us?

There is hope, and God and His Word are our hope. At this stage, we have never had the Word of the Lord in our mother tongue. About 40 Mln people around the world do not have a Bible!

If America and the English speaking world are able to enjoy different translations (for instance the number of American translations is more than 300) how come Roma and Bulgarian translations of the Bible can are numbered on fingers of the one hand.

Why do we always face the barriers with disapproval and fading optimism? Of course if there are differences in the British and the American it doesn’t make us antagonistic and I don’t see antagonism rather let us look for reasons to unite and cooperate not reasons to differ and discourage.

The nature of a project like this is not only the holistic and soteroologic aspects. It can give much more to the Romani as well as non Romani population but also contribute to the extremely poor in this direction book market as well as the specific direction of the project which is a complete innovation.

Undoubtedly a translation has many requirements like time, abilities, qualities, resources, financial support and not on the last place a lot of courage and encouragement.

The idea about the project includes:
- the theological aspect

The Roma and the Bulgarian translations are done together.

The link between the two projects is a very important advantage and an open door for communication based on the Biblical fundaments of equality and communication.

The commentary is more Hermeneutics with a social application and applicable in a contextual form.

In the next editions more theological and exegetive approach could be applied.

A small thesaurus helping the easy work with the edition would also be helpful. 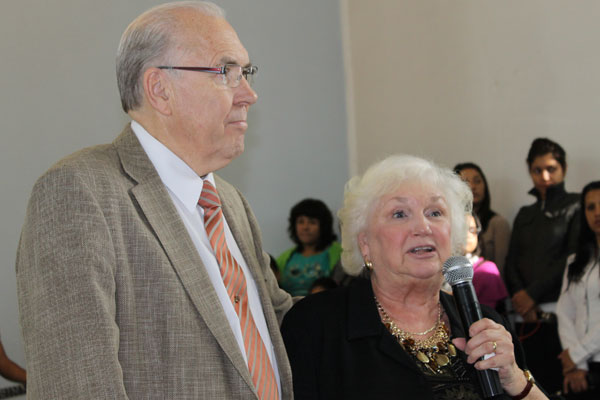